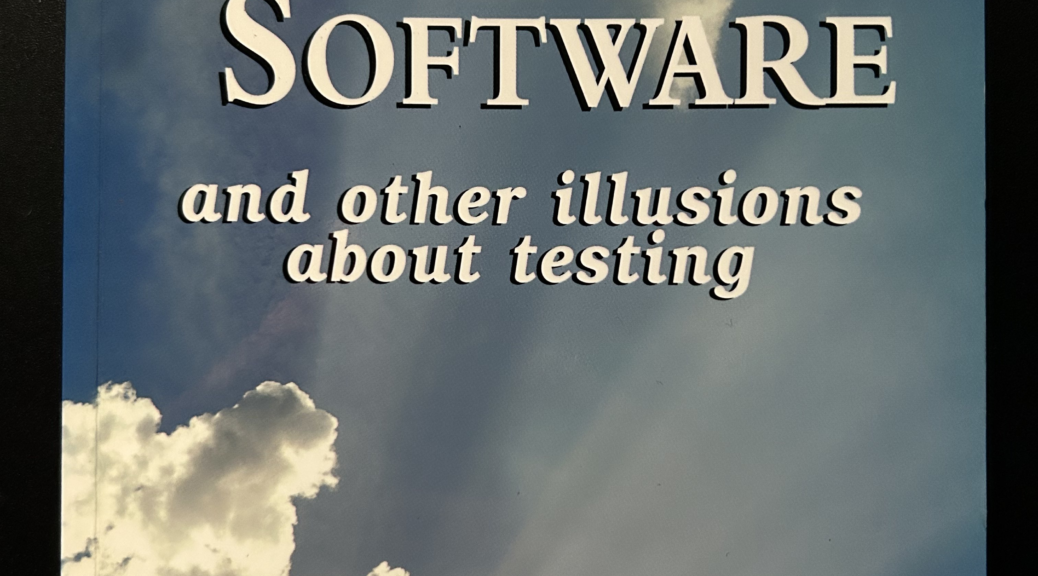 It’s been four years since – sadly – Gerald M. “Jerry” Weinberg passed away. Ever since then, I struggled with some public mourning about him, until recently I had just the right idea. On a weekly basis, I will publish a review of a book I read that Jerry either wrote himself or is about some of his work. For this week, I picked Perfect Software… and other illusions about testing, co-authored with James Bach, and published by Dorset House in 2008.

Jerry has been around for a long time – even up to the early days of computing, as he introduces the reader to his Perfect Software book. With the topic of cognitive dissonance regarding testing your own programs, he also tackles the topic of testing in very early books like the Computer Programming Fundamentals. Yet, Jerry wrote just this one book totally dedicated to the field of software testing in his career. If you stick around long enough, though, you will hear professional testers claim that all of Jerry’s books are about testing.

So, what could a dedicated book on software testing add to these already existing books? Having written Perfect Software rather late into his career in the software industry, Jerry is able to combine together the most relevant topics on testing. If you read his Weinberg on Writing book, – a book I still have on my list to cover here – you will certainly see how the fieldstones are put together here – especially if you read previous work from him.

There are several chapters on the Satir communication model, Intake, Meaning, Significance, and Response though I need to admit that his take on it in the Quality Software Management series was more in-depth and meaningful to me.

The book covers also scams in testing in the latter part, including scams we are not aware we are creating for ourselves. The introductory part has a vivid motivational character to me: Why do we need to test at all? What kinds of traps lie in front of us if we organize software testing in certain or other ways?

All of that said, I think Jerry compiled together a good set of fieldstones for anyone working in the software industry that may not have crossed his previous writings. Sure, there are some additions to his previous writings with the dedicated viewport of a software tester, yet, by and large, there will not be too much new for you if you read his other works before.

For someone new to all these topics, it has great value. That probably motivates one of the appraisals, that I came across over the years (if I recall correctly, it came from Michael Bolton): Give this book to your manager, if you want him to understand what you are dealing with as a software tester. (my re-phrasing)

During my attendance at the Problem-solving leadership course back in 2011, I asked Jerry to sign my copy of the book.

The different chapters have some key points, that I had to write down for my own memories. I ended up with this pdf for my reminders.

Finally, I know by personal communication that Jerry started this book together with Elisabeth Hendrickson. At some point, Elisabeth had to drop out of the writing, and Jerry eventually finished the final version together with James Bach. I think few people know that, and from the cover, it does not look like it. I don’t know the story behind that. In hindsight, I guess, the Satir Communication model looks like Jerry’s writings mostly to me, but I’m not sure about the other chapters.