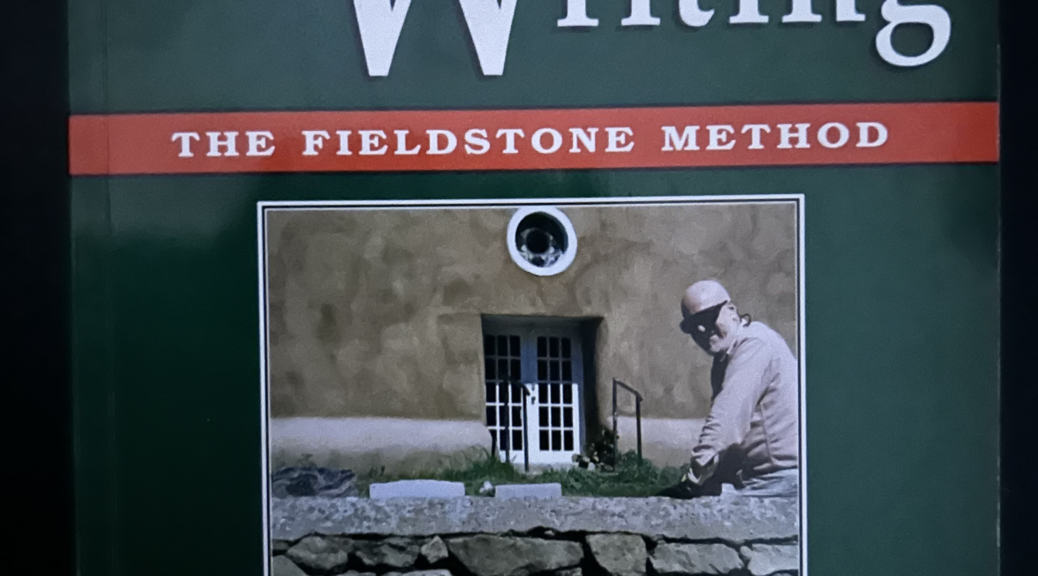 It’s been four years since – sadly – Gerald M. “Jerry” Weinberg passed away. Ever since then, I struggled with some public mourning about him, until recently I had just the right idea. On a weekly basis, I will publish a review of a book I read that Jerry either wrote himself or is about some of his work. With not so many books from Jerry left on my shelf, I picked Weinberg on Writing – The Fieldstone Method, published by Dorset House in 2006.

As the title notes, Jerry wrote over 40 books in his career, spanning at least from 1958, up until his death in 2018. So, when such an accomplished author writes a book about writing, it’s a must-read in the case are considering writing on your own.

I recall how Jerry made early on a distinguishment between an author and a writer, but I can’t find that reference in the book’s index. So it might as well have been a blog entry he published on one of his blogs at the time. Basically, an author could be a one-time contributor to a book or an article, while a writer makes a living from his writing work.

The subtitle of his book can be explained rather simply, and Jerry offers his explanation from the get-go. A fieldstone wall is built with stones lying around in the wild. These are not perfectly shaped. So, if you want to build something like a wall out of fieldstones, you need to craft them into your wall by seeking opportunities where they fit in.

Of course, this is an analogy. Over the years, I found myself re-using some of my earlier writings. Mostly, it’s not the whole previous piece that I reuse, but just portions of it. For example, the Satir Change model could be one, the Lean Change cycle, another one, and so on. For the piece at hand, I need to make the different fieldstones fall together in their places to form a thing of beauty for the reader to enjoy.

Jerry has lots of tips on how to organize your writing, overcome writer’s block, and how to strengthen your writing muscle by exercising it through daily writing – something I picked up on again in late August here on my blog as well.

Yet, the most important lesson on writing is offered right in the first chapter of this book:

Never attempt to write something you don’t care about.

Over the years, I have violated this number one lesson in my writing and paid the price for it. Don’t do it. Jerry is right. Read the book if you strive to pursue becoming better at writing.

During my attendance at the Problem-solving leadership course back in 2011, I asked Jerry to sign my copy of the book.

When I co-facilitated the black-box software testing courses from Cem Kaner through the Association for Software Testing, the instructors had a wiki with different templates that were completed and sent out to the participants. These templates were highly motivated by this book, thus called fieldstones.

Personally, I use fieldstones in a different manner. Rather than using templates for my articles, blog posts, and the like, I organized my articles so that I can easily find past content, and maybe re-write the portions around a particular concept to fit into the fieldstone wall that is the current article that I am working on. Thus far, that works well for me. I fear there might be a point when my memory will stop working like this.